This article is based on a talk the author gave in New York City on December 18th, 2015.

46 years after his assassination, it remains important to study the example and life of Fred Hampton, Chairman of the Chicago chapter of the Black Panther Party (BPP).  Fred was a legend, a pillar of our beautiful Black community, a defender of all oppressed communities, upon whose shoulders we freedom-fighters stand.  I want to look at what made Fred so special and why we continue to revere him today.

Like so many brave, selfless revolutionaries at that time, Fred was extremely young when he joined the struggle.  He was eighteen when he emerged as the head of the NAACP and then joined the Panthers.   He graduated from H.S. in 1966 with honors and with hopes of playing center field for the NY Yankees. But Fred had a vision that got in the way of his baseball dreams; he wanted genuine freedom for the Black community.

He majored in pre-law in college to familiarize himself with the legal system, and “use it as a defense against police.”  Fred swiftly rose up in the ranks of the NAACP in the small suburb of River Grove, IL —a community of 27,000— where he and other leaders recruited a youth group of 500 members.

In the 1960s, there were two principle wings of the Black Freedom struggle.  We are all familiar with the civil rights movement – led by Dr. King and guided by the philosophy of non-violence.  But we know less about the other pole of the movement because the ruling class is afraid that a generation of Black children will learn they have the right to defend themselves.

Who has heard of Mae Mallory and Robert Williams?  These are leaders the system never mentions during Black history month, much less promotes any month of the year.  Mae Mallory and Robert Williams were Black leaders from the South who defended themselves against the racist violence of the Klan, White Citizens Councils, terrorists, and the fascists in uniform, who many of us refer to as the police.

And, of course, the more militant wing of the movement was encapsulated in the leadership of our shining prince…Malcolm X. When forces colluding with the US government assassinated Malcolm, the Panthers picked up the mantel of his leadership.

Principled self-defense of the Black community inspired the formation of the Black Panther Party.  This stance was what inspired Fred to leave the more moderate NAACP and join the Panthers.

Like Cop Watch today, Fred and fellow BPP members followed the police, documenting and intervening in cases of police brutality, and using their knowledge of law to patrol the patrollers and surveille the surveillance state. Keep in mind, this was way before the era of cell phones.  You can imagine the bravery it took to conduct these operations, in the ghetto, where everything was stacked against us.

Fred understood the importance of true education, not the white-washed, irrelevant education (or mis-education) the DOE’s spoon-feeds us throughout the country. He conducted political education classes based on the Panthers 10 Point Program.  The Panthers created a 6 week period —what we can call a candidacy period, though ours is 6 months— when new members learned what it meant to conduct themselves and organize their lives as Panthers, or professional revolutionaries.

Calling out phony Black nationalism or Black capitalism, Hampton said that no matter the color of the exploiter, they were enemies of the community.  For example, he denounced Papa Doc Duvalier —the Haitian dictator who functioned as a US puppet during the Cold War— but hid behind a false claim to negritude. He famously said that “If anyone comes into the community, no matter what color, to exploit the people, I, Fred Hampton, will beat them up with a Black Panther Party newspaper.”

Hampton was a community-builder.  He brokered a nonaggression pact between Chicago’s most powerful street gangs, urging them to turn their anger and guns around on their oppressors, not on one another.

He created the Rainbow Coalition, a class-conscious and multi-racial alliance between the Panthers, the Young Patriots Organization, the Young Lords, Students for a Democratic Society, the Brown Berets, and the Red Guard Party. Although Jessie Jackson receives credit for another version, a liberal version, of the Rainbow Coalition, it was Hampton who coined the idea.  He emphasized that racial and ethnic conflict between gangs only perpetuated poverty and stressed that multinational unity was the most strategic tactic to achieve everyone’s liberation.

Fred inspired a military-like discipline in others.  He organized former alcoholics and what this society calls “junkies” (we call them oppressed) to wake up early and do revolutionary fitness.  He oversaw rehabilitation programs for super-oppressed individuals struggling to find a purpose and identity in society.  The Panthers and the freedom struggle restored an identity to Black and Brown individuals alienated from their roots, their community and themselves. 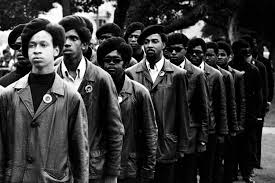 Commanding the respect of intellectuals and rapping to the brothers and sisters on the block, he related to different strata of the oppressed.  These characteristics were what made Fred Hampton’s leadership so special.  He was a unifier.

Chairman Fred also had outstanding oratorical skills and charisma, which added to his leadership skills.  We have inserted a link to a speech he gave when he was facing time in jail so the reader can appreciate for themselves the power of his presence.

The True Nature of the State

The life and death of this talented, loving young man obliterates the myth that “the United States is the freest country in the world.”

The FBI hired informants to infiltrate the Panther party and opened a file on Hampton by 1967, before he ever joined the Panthers. The file expanded in the next 2 years to over 12 volumes and over 4,000 pages. A wiretap was placed on Hampton’s mother’s phone in Feb. 1968. By May, US intelligence services placed him on the “Agitator Index,” and designated him as a “key militant leader.”

On December 4th 1969, the Chicago PD drugged Chairman Fred, stormed his apartment and executed him in his sleep, along with Panther leader Mark Clark.  Fred’s wife and son somehow survived the volley of 99 bullets.  It was a military style invasion and execution.

This was not an isolated instance.  This was US government policy.  The state “neutralized” Revolutionary Black leadership —this was the FBI euphemism for an assassination campaign of what Hoover called any potential “Black Messiah.”  Just in 1969, 26 Panther leaders were executed, including Bunchy Carter, Mark Clark, George Jackson, Jonathan Jackson and so many of our fearless warriors and warrioresses.  Their crime: they loved us, the Black community too much to stay silent before the deplorable conditions we lived in. 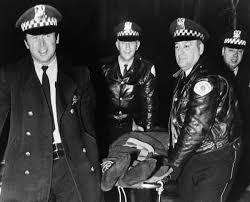 Police gloat over the murder of Fred Hampton.

The white supremacist, class system was determined to prevent the formation of a cohesive Black movement in the U.S., and saw the Panthers and similar “radical” coalitions as the vanguard of a revolutionary body that would topple the dictatorship of the rich.  They subjected a generation of Marxist-Leninist, revolutionary fighters to a double-assassination, not content with their physical elimination, they also erased them from our school books and collective memory.

I think it is important to share with you how all of this history relates to me and Black youth today.  As a young Black woman from the Midwest, who grew up near Fred Hampton’s city of Chicago, I know all about corrupt politics, poverty, segregation, and police gangs. I have experienced segregation, gentrification and sexual objectification every day of my life where I live in Harlem, New York, where I grew up in South Bend, Indiana and everywhere I have travelled in America.

Today, we continue to be imprisoned and hunted down.  Freddy Gray, Eric Garner, Aiyana Jones, Sandra Bland, Laquan McDonald and so many others —battered, brutalized and murdered by police terror— are today’s escaped slaves, sprinting for freedom, under the illumination of the North Star.  The Black Lives Matter movement is the reincarnation of Nat Turner, General Harriet Tubman, an armed Ida B. Wells, Jean Jacques Dessalines and every African heroine and hero who fought for our liberation.

My responsibility and our responsibility is to live like Fred did; to study like him, to train like him and to love like him.  We are in many ways the offspring of his courage and his vision. He calls upon us to redouble our efforts for Black people’s and all oppressed people’s self-determination. I hope you can join us and play your role. Power to the People!