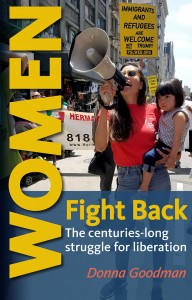 Welcome to the study and discussion guide for Women Fight Back: The Centuries-Long Struggle for Liberation. Below you will find a list of questions for consideration and dialogue as you read through this new PSL publication (which can be purchased here).

These questions are meant to help guide you as you study the book individually or, hopefully, collectively. If you are interested in joining or forming a study group, the educational workers at Liberation School would be happy to help! Let us know!