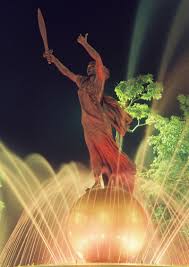 “The media is the most powerful entity on earth. They have the power to make the innocent guilty and to make the guilty innocent, and that’s power. Because they control the minds of the masses.” –Malcolm X

I am an Afro-Dominican woman from the Bronx, New York and trust me Malcolm X’s words are truer than ever.

I see this happen every day. With the recent elections in the U.S. we were forced to choose between two candidates who do not serve our interests. Our schools are named after slave owners. Our textbooks glorify “explorers” who colonized and raped our ancestors. National holidays commemorate a legacy of slavery and exploitation.

Sociologist James W. Loewen’s Lies my Teacher Told Me: Everything your American History Textbook Got Wrong evaluates the damage the erasure of the real heroes and the glorification of our oppressors has on high school students.  The process of heroification—who a society elevates as heroes—is an important one. It reflects the superstructure of society or ideology that is the set of ideas that dominate how we think. As socialists we seek to hold up different heroines and heroes than our oppressors.

As a Black woman and a daughter of immigrants, I was taught to love those who oppressed me. As I read and grew outside of my high-school and college curriculum, I was motivated to share the story of one of my true Caribbean heroines, Juana Ramirez “La Avanzadora.”

On the Front Lines

Juana Ramirez was born a slave in 1790 in Chaguaramal in the state of Guarico, Venezuela to Guadalupe, an African woman who was abducted, enslaved and forced to work on the land owned by the wealthy Rojas family.

Like the rest of the Caribbean and the U.S., Venezuela has a long history of marronage, slaves who escaped the plantations and waged war on the slave system. When the war of Independence against the Spanish Empire began in 1810, Ramirez freed herself and joined the ranks of rebellion. She organized a combat team of 100 women who surged to the forefront of many key battles. La Avancadora and her troops fought against the Spanish soldiers and their attempts to re-establish colonial rule over the newly independent country. She quickly gained her nickname, “La Avanzadora” (the advancer) because of her steadfastness and bravery on the front lines of the battle for Venezuela’s self-determination. 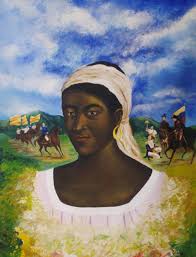 Ramirez took initiative in battles for the northern city of Maturín. She was a powerful force against Spanish commanders and generals. One notable successful fight was against General Domingo de Monteverde on May 25th 1813. She commanded a squadron of women who charged the colonial invaders in the Battle of Alto de los Godos, expelling them once and for all until independence was gained.

This is a saying in my homeland, the Dominican Republic, meaning “We don’t retreat even to gather steam.” In other words, despite many obstacles that we face in our daily lives, we always move forward.

This was the attitude of La Avancadora.  Fearless and self-sacrificing, she was a people’s general, the Harriet Tubman of Venezuela.

When she died in 1856, she was buried in a common cemetery in the neighborhood where she was born. The people of Guarico planted cacti on her grave site as a marker for her exact burial location in order to honor her memory and emulate her example in the anti-imperialist battles Venezuela faces today.

More than 150 years after her death, the Bolivarian government remembered her sacrifices for Venezuela’s independence.

In June of last year, Venezuelan President Nicolas Maduro inducted the remains of Ramirez into the National Pantheon of the country’s historic heroes. Officials retrieved her remains from their original resting place in the small cemetery in Guarico and brought them to Caracas. The National Assembly called for a special parliamentary session before masses of people embraced her memory at the National Mausoleum.

President Nicolas Maduro, Nora Delgado, an Afro-Venezuelan delegate to the National Assembly and representative for UNAMUJER [a national union of women], and Mayra Oropeza, the Director of the Operational Strategic Command of the National Bolivarian Armed Forces rendered tributes to “La Avanzadora.” “We vow to follow the example of struggle which Juana set for us” Delgado expressed in her speech. Both Maduro and Oropeza, who carry on the Bolivarian socialist revolution today, critiqued the country’s enduring racism and machismo that still heavily impact Afro-Venezuelans and women. Oropeza exclaimed: “Women can only be truly liberated by a socialist revolution, that we know!”

La Avancadora rests alongside over 100 national heroes, such as Simón Bolívar who have been inducted into the Mausoleum. Ramirez is one of six women who hold the honor. The others are musician Teresa Carreño, a novelist, Teresa de la Parra and independence heroines such as Manuela Saenz, Luisa Cacéres de Arizmendi and Josefina Camejo.

The fact that this was the first time a Venezuelan government honored a Black woman independence fighter speaks volumes about the legacy of racism in Venezuela. It serves us to remember that Hugo Chavez was the first president in Venezuela who was not a white man and had native and African roots. A close look at the leadership of the Venezuelan opposition reveals how a tiny clique of rich light-skinned Venezuelans wants to turn the clock back on our people’s gains.

In Venezuela today, the people have not forgotten their ancestors’ strength and example. After many years of exploitation, when the country’s resources belonged to a minority bourgeoisie, President Hugo Chavez began a revolution. The Bolivarian movement that Chavez spearheaded created social programs and brought about a greater sense of economic equality. He fought adamantly as president from 1999 until his death in 2013. The current president, Nicolas Maduro, succeeded Chavez and continues to fight for socialist and Bolivarian principles, hence why he is so demonized in the U.S. media.

Unlike the U.S. where the government is merely “the managing committee of the affairs of the bourgeoisie,” in Venezuela the government serves the poor. 1999 marked a sharp break with the colonial and neo-colonial past. This is what Venezuela’s enemies—chief among them Univision, Telemundo and the rest of the mainstream media—can never forgive. 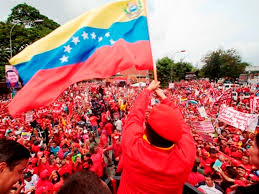 When Chavez introduced socialism to the Venezuelans, the world’s greatest bully, U.S. imperialism, tried to thwart the attempt to rebuild the country. Although the struggle is unfinished, the opposition cannot mask the fact that the lifestyle in Venezuela has gotten significantly better for a vast majority of Venezuelans because of the change to socialism. No matter the challenges, Maduro and the people of Venezuela will not surrender their sovereignty.

Juana Ramirez’s legacy is strong as her homeland continues to fight the very enemy La Avancadora vanquished over a century ago−foreign control that benefits only the rich. Thousands of miles away from Venezuela but only 15 miles away from Wall Street, here in the belly of the beast, we too have a historic role to play—to topple the rich and defend our interests, just as Juana did.